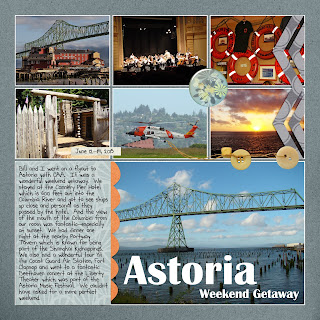 Bill and I just got back from a very pleasant weekend in Astoria.  We usually go on at least one flyout with the Columbia Aviation Association (a flying social club that we belong to) ever year.  This year we signed up for a trip to Astoria.

We don't normally stay at luxury hotels when we travel.  We usually look for the most inexpensive or reasonable place to stay.  But the hotel that was selected for this trip was quite wonderful.  It was the Cannery Pier Hotel and it is a relatively new one---only about 10 years old.  But it was quite impressive.  It was built 600 feet out into the Columbia River on a pier that was rebuilt for the purpose of building the hotel.  It is on the site of what used to be the Union Fisherman's Cooperative Packing Company Cannery. 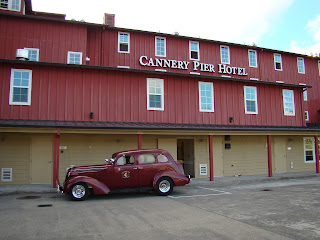 It was built in a style to reflect the design of a cannery but is a totally new building.   They had a video about the building of the hotel which was quite fascinating to watch.  The fact that we were out in the river made the views from our room spectacular.  We could watch the ships go by, see the sunset over the mouth of the Columbia, view the bridge crossing over into Washington and watch the birds perch on the pilings in the river.  When the ships passed--it was like they were right next to the building--they were that close to get under the highest span of the bridge.  Unfortunately I never had my camera with me when it happened.  Once we were in the lobby for happy hour and saw one pass and another time we were eating dinner in a nearby restaurant--the Bridgewater Bistro (which is wonderful by the way). 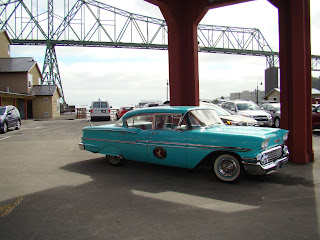 They had these two vintage cars that they would take people around in which were quite fun.

On Friday night, we ate at a nearby hole in the wall called the Portway Tavern.  It was established in 1923 and had quite a history.  I didn't go looking for it but there is a claim that there is a trapdoor under one of the tables in the bar that was used to Shanghai sailors back in the day.  Most stories about being Shanghaied are from the 1800's but there seems to be at least some proof that it was happening as late as the 20's. 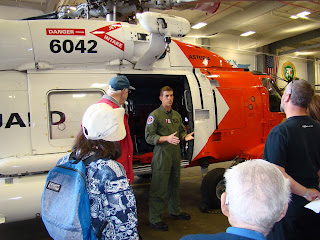 Saturday morning we went to the Coast Guard Air Station Astoria.  We were given a tour by two of the helicopter pilots, a rescue swimmer and a crew chief.  We spent a couple of hours there.  It was a great tour and we got to see one of the helicopters take off while we were there. 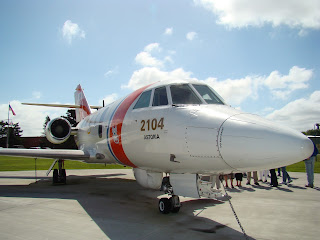 We also got to go inside this plane which was recently retired.  In addition to the helicopters, the Coast Guard needs additional air support to keep track of them in case they run into trouble.

In the afternoon, we headed out to Fort Clapsop to "get a little history" about the Lewis and Clark winter camp there.  I have been there with the boys and by myself in the past but Bill had never been there so we went out to tour the visitor center and the fort.

After a sumptuous dinner at the Bridgewater Bistro, we headed downtown to the Liberty Theater to hear a Beethoven concert.  This was the first weekend for the Astoria Music Festival and the Beethoven concert was just one of many concerts that will be taking place at a variety of venues in Astoria over the next few weeks.  It was a fantastic concert and they played the 5th Symphony which was fabulous.

Sunday morning we just relaxed until it was time to catch our ride back to the airport and fly back home.  Nice little get away to tide us over until the wedding in a couple of weeks.
Posted by Shannon Roller at 8:32 PM No comments:

Off To The Races 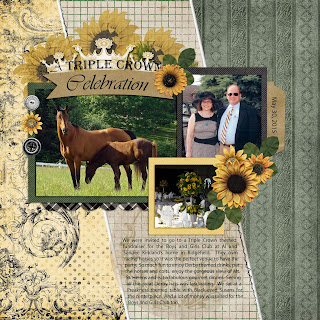 Bill and I were invited to attend a Boys and Girls Club fundraiser.  It was a Triple Crown Derby themed party which was held at the home of Bill and Sandee Kirkwood--the owners of Big Al's.  It was a lot of fun.  Their home is set in Ridgefield with a beautiful view of Mt. St. Helens.  And their home is spectacular.  I only saw a bit of it walking through the living room to get to the party being held on the grounds behind the house--but it was out of this world beautiful.

The Kirkwoods own racing horses so it was the perfect place to hold a Derby themed party.  Everyone was encouraged to wear their best derby hat and there were some pretty amazing ones.  I got my hat very last minute--just hours before the party but I found the a great "Four Weddings and a Funeral" hat that I thought was perfect for the party.  Two of their mares and their nursing colts were out on the paddock for us to admire and pet.  That was great fun to see them.  And they had a trumpeter to start the activities as if they were starting a race.

The tables were decorated with the theme of the three races in the Triple Crown.  We were at a Preakness table with Buckeyed Susans for our centerpiece.  The food was fabulous--a truly gourmet buffet put on by three different chefs from three different restaurants.

It was a fun evening and a lot of money was raised on behalf of the children.  It always amazes me with all the fundraisers that Bill and I attend that there is so much generosity in our community for so many different causes.  Makes me proud to be part of such a generous community.
Posted by Shannon Roller at 8:03 PM No comments: 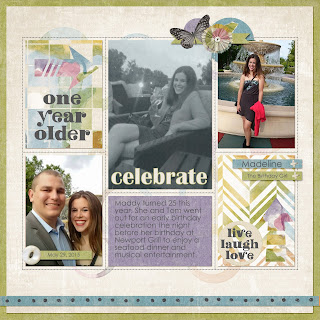 Maddy turned 25 this past week.  Tom took her out to a special dinner the night before her birthday and then invited friends over for dinner on her actual birthday.  She had a wonderful celebration weekend.
Posted by Shannon Roller at 7:49 PM No comments: 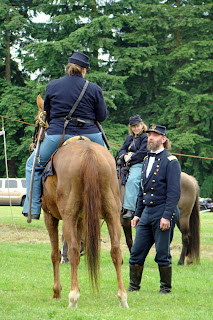 It has been my custom the past few years to go to the Memorial Day service at Fort Vancouver.  I went again this year.  They had another soldiers' bivouac as well.  I especially enjoy the Civil War era reenactors. 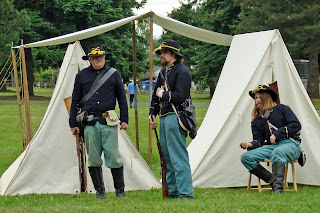 The 1st Oregon were there.  There are a lot more women involved now than I have seen in the past.  Especially as cavalry"men". 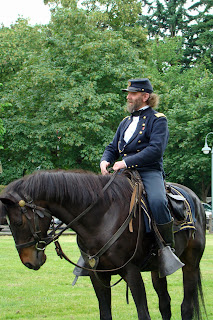 The horses were a big draw for those that came to see them. 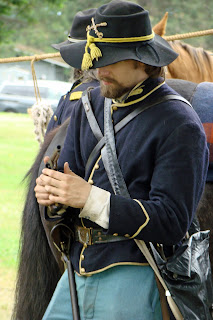 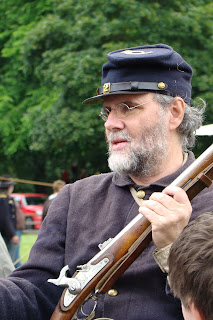 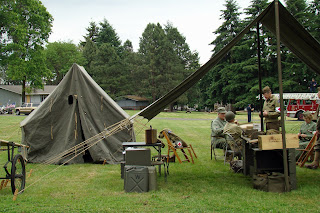 There were WWII reenactors as well.  This was an aid station setup. 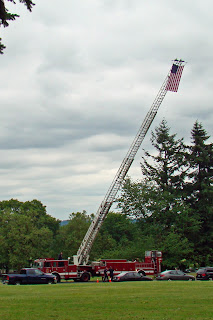 The Vancouver Fire Department raised this flag during the ceremony.  Luckily they were there.  One of the Patriot Guard Riders and his wife had a motorcycle accident right in front of me as I was walking to my car.  We had to go run to get them to take care of the wife who was hurt. 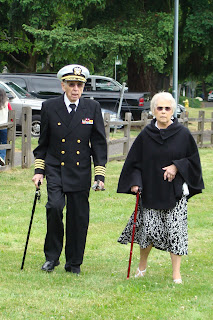 Veterans from present time to WWII were present to honor our war dead.

Always a reminder that our freedom isn't free.  There are many young men and women that risk their lives for us every day.  Prayers for those who have lost their lives defending our freedom, for our families and those who are currently serving.  May that be safe in their duty.
Posted by Shannon Roller at 7:43 PM No comments: