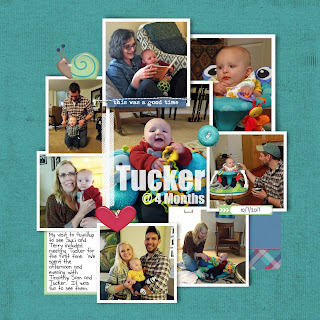 My dear friend from my Army days had a grandson in May.  This last weekend was the first opportunity to go see him.  He was so sweet and cute.  I haven't held a baby in a long time so it was fun to play with him and read to him.  I am in no hurry to have grandchildren by any means but it is nice to have access to a baby every once in a while. 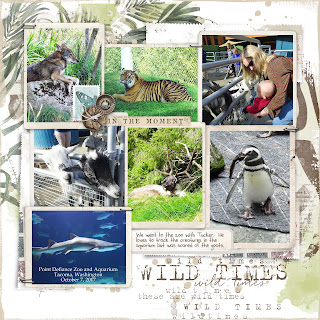 Suzi, Terry, Timothy, Sam, Tucker and I all went to the zoo together in the afternoon.  We drove around the five mile loop around Point Defiance before heading to the zoo.  I hadn't been there since I lived there more than 30 years ago and definitely don't remember much about it.  We must have seen at least 15 raccoons along the drive.  They hear cars and come up to the road hoping for people to feed them I guess.  I thought those critters were nocturnal so that surprised me that they were out during the day.

I don't ever remember going to the zoo.  It is not very big but it is nice.  The aquarium in particular is wonderful.  It amazed me how Tucker could follow the fish and animals if they were close enough to him at four months old already.  Suzi tried to get him up close to see the goats but one got in his face so he got scared and we had a hard time getting him calmed down. Wondering if we have scarred him for life now.

We all went back to Suzi and Terry's house to have dinner together too.  And Tucker got to sit up at the table.  His doctor wanted him to start out on some veggies so it was his first time eating anything other than formula.  He seemed to like the carrots and did really good for his first time.

Always good to see my buddy Suzi.  Until next time.

Posted by Shannon Roller at 12:12 PM No comments: 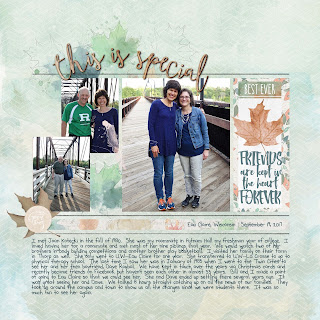 It has been a couple of years since I have been home and Bill hasn't gone with me for five years so we thought it was probably time that we did.  I tried to get together with my college freshman roommate who lives in Eau Claire last time since I was going to be in town for my nursing school's 50 anniversary gala but she was out of town visiting her daughter at the time so we weren't able to link up.  I hadn't seen her since January of 1985 when I went to the Twin Cities to visit her.  She was so disappointed that we couldn't get together last time that she told me that the next time we were in the state, I was to let her know and she would drive to see me if she needed to.  This trip it worked out and we got to see each other.

Bill and I flew into Minneapolis and drove to Eau Claire.  We got there mid-afternoon and we talked for eight hours straight I think--catching up on our families and their news.  Once her husband got home, we went for a drive around town to show us some of the new things going on and the changes since we were there going to school.  We had dinner at a new restaurant on the patio by the river and then went back to her house and she surprised me with a birthday cake.  It was a wonderful homemade chocolate cake that she said her mom had always made for their birthdays so that made it special.  So much fun seeing her.  We were both giddy like school girls to see each other again. 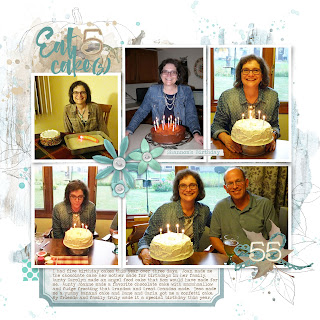 The next morning, we had breakfast with Joan and then headed to our next destination in Wausau. We had lunch with Aunty Joanne and Uncle Dwight and then Uncle Dwight took us up to Rib Mountain and downtown Wausau for a drive.  It has been a really long time since I had been downtown--sure a lot of changes there.  Everyone else started rolling in that evening to have supper with us.  Good to see everyone that came.  I got two more birthday cakes that night.  Aunty Carolyn made me an angel food cake that Mom would have made for my birthday.  Aunty Joanne made a chocolate cake with marshmallow and fudge frosting that great grandma and grandma used to make so it was a nostalgic birthday with all the things that having a birthday at home with family means. 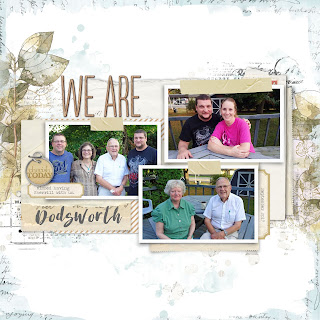 After breakfast, Bill and I headed to Tomah to see my family.  Darren and Tess had to work for most of our time there so we had dinner at their house the first night and I had another birthday party.  Tess made me a yummy banana cake and Dane and Carla got me a confetti cake.  So two more cakes for a total of five for the week.  Score. 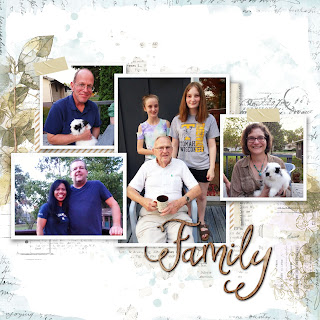 We got to meet Mallory's newest rabbit as well as seeing all the other critters at their house.  Friday night, we went out for a fish fry at a place I had never been to before-Evergreens between Millston and Cataract.  My old standby fish fry places no longer exist and it was fun to go to a new spot.  I drove and we saw one deer along side the road in the ditch.  Glad we didn't see any on the road.  That is always the scary part about driving at night there.  The night before there was a really freaky accident in which one car hit a deer and threw it into a car driving in the opposite direction.  They had to life flight some people to the hospital in La Crosse. 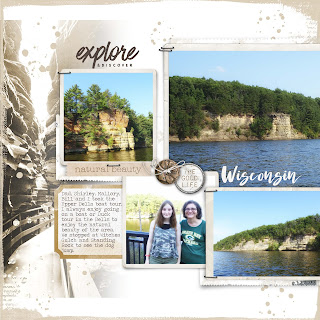 We pretty much just hung out in Tomah the first few days but Dad always likes to go somewhere for a drive so I thought maybe it would be a good day to go to the Dells and go on an Upper Dells boat tour.  I can't even remember the last time I went--probably more than 40 years ago.  I have taken Bill and the boys on Duck tours on the Lower Dells before but not the Upper Dells.  Mallory decided to come with Dad, Shirley, Bill and me. 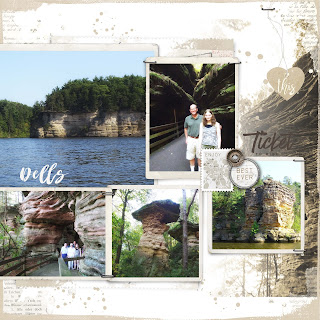 It was really hot the whole time we were in Wisconsin-record high temperatures in the 90's-and our day in the Dells was no exception.  We enjoyed our two stops on the tour.  Going into Witches Gulch in particular was pleasant because it was at least 10 degrees cooler in there.  And the rock formations are really cool to see.  The stop at Standing Rock was also fun to see the dog jump the chasm to get to it.  We had lunch at a pub in the Dells before we headed back home.

That night Uncle Ray, Aunty Karen and Chrissy's family came to see us at Dane's and it was our last chance to see everyone and say goodbye before we left to head back to Minneapolis to catch our flight back home. 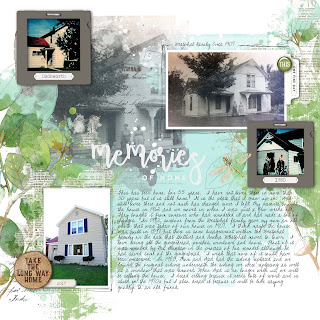 I have recently been curious about how old the home I grew up in is.  I think it was probably built in 1897 but not positive.  Some members of the family that lived there when the photo was taken in 1907 said that the residents at that time didn't move to town until 1907 but I found a history of the family online that said it was in 1897.  So the house is somewhere between 110 and 120 years old as best as I can figure out. 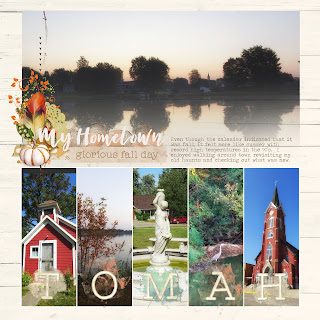