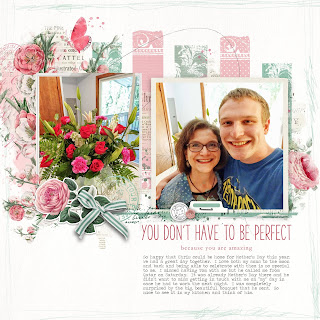 It was just me and Bill last year for Mother's Day.  This year I was in Florida but made it home at 0400 in the morning from taking a red eye flight to celebrate Mother's Day.  Chris came home so that made it special for me.  I missed having Tom with me but we got to talk on Saturday afternoon (it was already Mother's Day in Qatar).  He wasn't sure if he was going to have to work so he made sure he called me when he was able to.  I was also shocked to get a huge bouquet of flowers delivered.  No one was home at the time they were delivered so the florist called me.  She was just as surprised to learn that I was in Florida.  I assured her my husband would get them and I would be home soon to enjoy them.  I was thinking they were probably from Bill but they were from Tom.  Such a nice surprise and they have brightened my day for two weeks now.
Posted by Shannon Roller at 2:06 PM No comments: 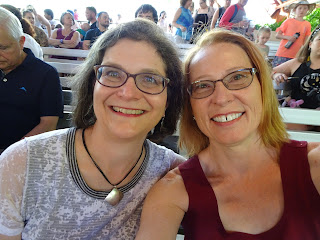 My friend, Krystal, has been wanting me to come down to Orlando for years to visit her.  I kept thinking there would eventually be a conference for me to go to there for me to combine business and pleasure.  That time finally came when ANIA (American Nursing Informatics Association) had it's conference at the Lake Buena Vista Hilton Palace Hotel.  I flew down on a Tuesday and was able to spend a lovely evening with her at a favorite Asian/Mexican fusion place for tacos and drink sangria by her pool.  So good to see her and catch up.  The next day was all about Disney. 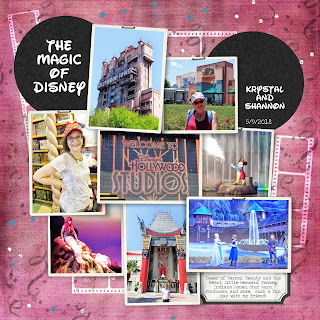 Krystal gave me my choice of parks to go to on our one full day together.  I hadn't been to either Disney World or Disneyland since I was dating and first got married so it has been over 30 years.  Bill and I went to Epcot before we got married and we went to Disneyland with my sister when we were newlyweds.  Given that I had already been to Epcot which was fabulous and probably worth revisiting, had been to Disneyland which in my eyes is probably akin to the Magic Kingdom, and had recently been to an African safari type experience in California last year, I chose Hollywood Studios.  It was a great day.  I think my only regret is that it wasn't more about the "Mouse".  We had a great day going to all kinds of shows including Indiana Jones Stunt Spectacular, Beauty and the Beast, Little Mermaid, Frozen Singalong, and the final nighttime show, Fantasma.  We tried to get into the Toy Story show but the wait was longer than we wanted to endure.  We only went on one ride-Tower of Terror.  I'm not into rides so that was enough for me.  Lots of screaming on all those drops. 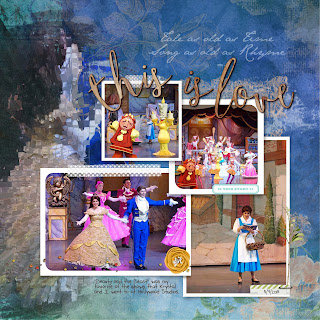 I think my favorite show of them all was the Beauty and the Beast one.  I love the music and the show, costuming and choreography were fabulous. 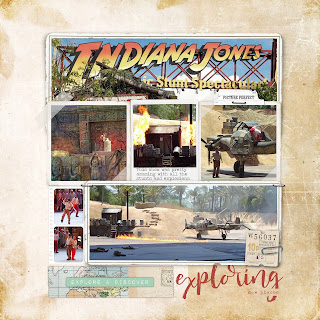 Indiana Jones was a close second.  The stunts, fires and explosions that they had on the set to show us how it is all done in the movies were pretty amazing. 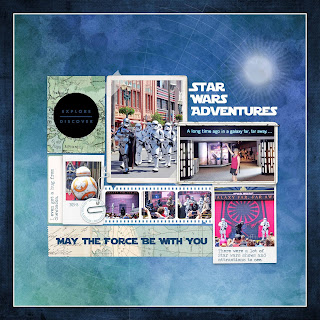 There were Star Wars parades and shows all day long as well as a big exhibit that you could go get your photo take with various characters.  We didn't purchase the photos but I got a big hug and photos taken with Chewbacca. 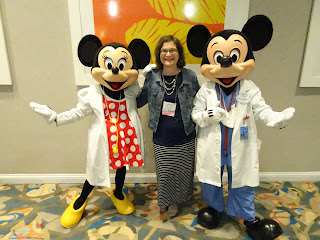 Thursday morning, Krystal took me back to Disney to my hotel for the conference.  I got three days of continuing education in the process and got to meet Dr. Mickey and Nurse Minnie to have my picture taken with the "mice".  Totally made up for not going to Magic Kingdom.  Every night I went to Disney Springs to eat dinner or just walk around and people watch.  Lots going on there even though it isn't an official park.

All in all-it was a great five days to spend some girl time with one of my best friends and do some networking and get educated.
Posted by Shannon Roller at 5:32 PM No comments: