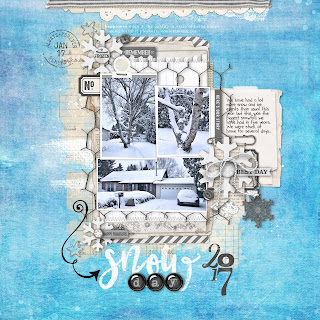 This has been a crazy winter for us.  We have had so many snow and ice days this year already--and it is only half way through January--that the kids will be going to school half the summer at this rate.  Bill and I missed the first snowfall in December when we were in Hawaii.  We were seeing everyone posting their snow pictures on Facebook and were very glad to be in 75 degree weather.  But we certainly haven't missed out.  There have been a lot more days of snow and freezing rain to experience since then.  I have been working at home a lot lately.  Luckily I am able to do that with my job.

Tuesday is when the big snowstorm hit though.  It started sometime after 7 pm and very quickly covered the ground and roads.  By 9 o'clock, things were pretty well covered.  Knowing that some kind of storm was coming, I did go to the store on the way home from work to get a few provisions.  But no one predicted how much snow we were going to get.  They thought it would only be a few inches.  It is hard to tell how much we really got at our house.  I suspect it was around 6 inches.  I didn't measure it.  But some areas got a foot or more.

Folks from colder parts of the country don't realize how much the snow and ice cripple the Pacific Northwest--on the west side of the Cascades in particular.  Even an inch of snow shuts things down around here.  There are very few plows and they only plow or de-ice the main thoroughfares.  None of the side streets get any attention so you can be stuck in your neighborhood for days especially if you don't have chains for your car.  Trash collection has been canceled most of this week.  We didn't get our newspapers two days.  Three days of Columbians and one Oregonian came today.  No mail on Wednesday but we have gotten some the last two days. 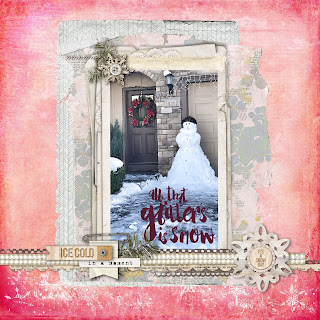 Since Bill and I both could work from home, we just hunkered down for the duration.  We haven't ventured out much.  Didn't go out at all Wednesday.  I did take a walk yesterday to check out the neighborhood.  Came across this cute snow woman that one of my neighbors built in front of their entryway.  We got one of the cars out for the first time today to go get a fast food lunch and checkout the roads.  I am getting to the point that we are desperate enough for food that I will need to go to the store tomorrow.  We could drive but also see plenty of slip sliding around that we don't want to risk having an accident if we don't have to go out.  We aren't expecting the thaw until Monday-also a very long time for us to have this much snow for this long.  And rain at the same time so there are predictions for flooding as well.  Reminds me a lot of the winter of 1995-1996 and maybe a few others along the way that have been bad.

Hoping to survive the rest of the winter without too much snowfall and cold weather.  We shall see though.  For now, it is pretty to look at, I don't have to be anywhere and I am enjoying being at home.
Posted by Shannon Roller at 5:17 PM No comments:

I am in the midst of scanning all my old pictures and digitally scrapbooking them.  I have finished all the high school graduations of me and my brothers and sister so thought I would share them. 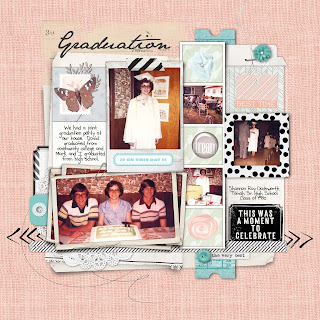 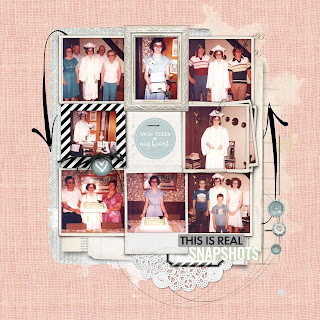 My cousins, David and Mark, had graduations that same time so we had a joint party for the three of us at our house. 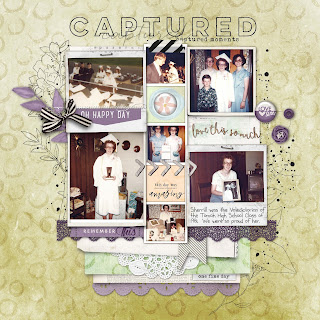 Sherrill was the valedictorian for her class.  We were so proud of her. 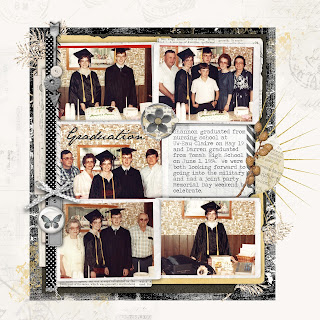 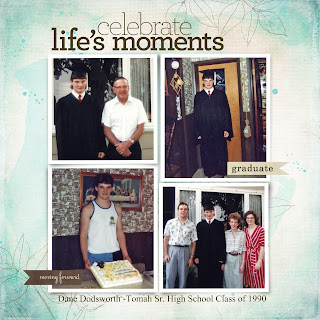 We were all home for Dane's graduation to help him celebrate.
Posted by Shannon Roller at 9:17 AM No comments: