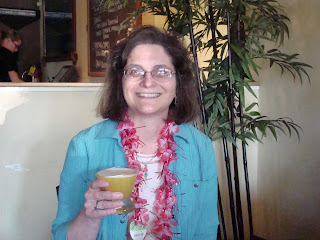 I decided that I was not going to stress over turning 50 this year.  I was going to embrace it and decided that I wanted to do a bigger than usual party and celebrate with some of our friends.  I planned a Hawaii Five-0 themed party.  A friend threw one for her husband last year and I thought it was a great idea.  I love Hawaii Five-0 and what a fun way to celebrate your 50th. 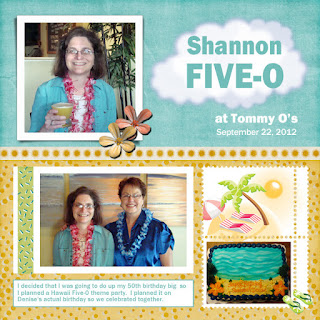 My birthday was actually on Thursday but we celebrated on Saturday.  Since it was my friend Denise's birthday on Saturday, I decided to include her in my celebration and put her name on the cake.  The bar even gave us Birthday Cake shots to down together. 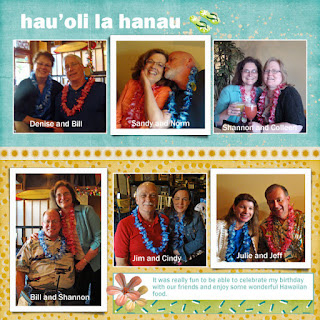 We had dinner at Tommy O's--a Hawaiian restaurant in downtown Vancouver.  I didn't do a whole lot of decorating, but I did buy leis for everyone and put some crime scene tape on the table to carry out the theme a little bit.  I invited the people who have been a part of our lives almost as long as we have lived here.  I have never celebrated my birthday with this big of a party before.  Usually just with one or two girlfriends for dinner one night and with the family.  But it was actually really fun.

Weekend Trip to Bellingham and the San Juan Islands 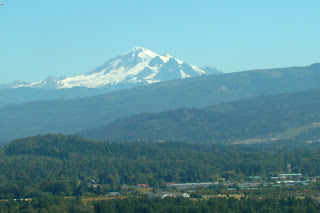 Bill and I had made plans to join our flying club on a flyout to Friday Harbor.  Chris has been wanting to go to Western Washington University but has never seen the campus.  So we decided to combine trips and take Chris to Bellingham for a campus tour and to Friday Harbor with us.  We had a beautiful flight up to Bellingham on Thursday afternoon.  We had a great view of Mt. Baker when we were landing.  We have seen a lot of other volcanoes in our travels but Mt. Baker isn't one that we see very often.  I haven't flown on the west side of the Cascades in awhile so I had forgotten how busy air traffic is and how much more you have to look for traffic.  We got to Bellingham late in the afternoon and Bill was tired from getting up so early to work so we didn't really explore Bellingham much.  Just ate dinner at a nearby restaurant to the motel and watched the Democratic Convention.

Friday morning, we made the trek to the WWU campus from our motel.  I was expecting it to only be a mile but it was at least two miles.  And much of it was climbing up hill--so my old bones were not liking that.  And still had to take the tour and get back to the motel on foot.  The campus is beautiful--on a hill overlooking the bay.  We had a very nice tour and Chris is anxious to get started there.  So now he needs to work on his application and essay to get the ball rolling. 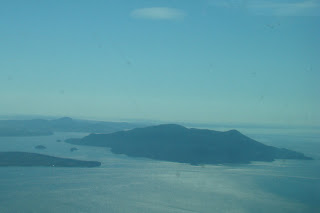 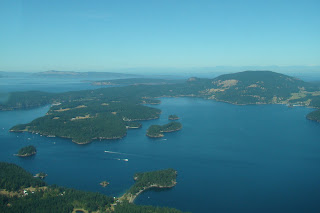 After the tour, we took our short flight over to Friday Harbor.  It is always so beautiful flying over the San Juan Islands.  Photos can't do any justice to the true beauty of being able to see over 100 islands, the Olympic Mountains, the Cascades and Mt. Baker all at the same time.  The photo above is of Orcas Island--one of the bigger ones.  It has been a really long time since we have been there. 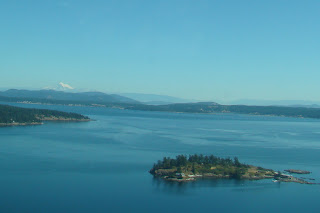 And you can see Mt. Baker from Friday Harbor as well.  Took this as we were landing. 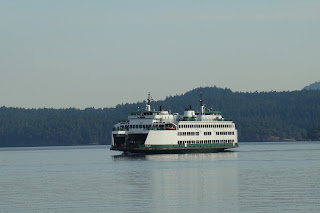 Most people take the Washington State Ferry to the islands.  It has been quite awhile since I have taken the ferry.  I have to admit--as much as I like it--it is much better to fly.  In order to get to the San Juans by car, it takes about six hours to drive up to Anacortes.  Then you have to spend the night there and get to the ferry dock really early in the morning to get in line.  And it is the same drill coming back.  Flying only takes about an hour and a half to two hours.  Much quicker way to get there and back. 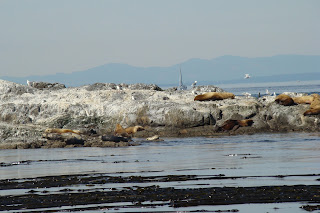 One of the activities for the flyout was to go on a whale watching cruise.  We've done it before but it has been eight years so thought it would be fun to do again.  We got to see these bachelor stellar sea lions sunning on this rock. 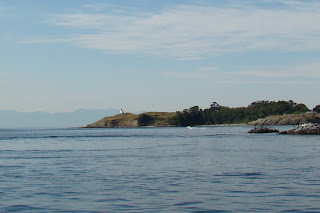 And this is a picture of the Cattle Point Lighthouse on San Juan Island. 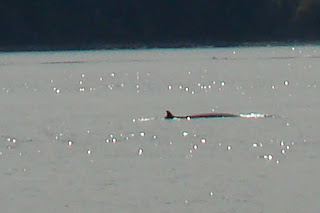 We got to see this Minke whale.  We spent quite a bit of time looking and chasing after it. 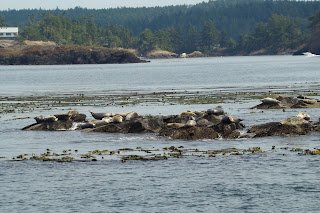 We saw lots of harbor seals--both in the water and sunning themselves on rocks.  And we got to see a lot of porpoises too but they were too fast to try to take pictures of. 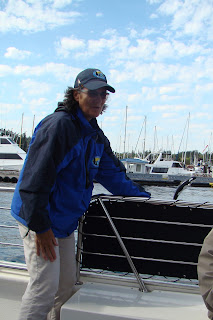 The whole goal of these trips are to see Orca whales.  But unfortunately, we didn't see any on this trip.  So our guide had a little fun with us and let us take a picture of her toy Orca breaching off the side of the boat. 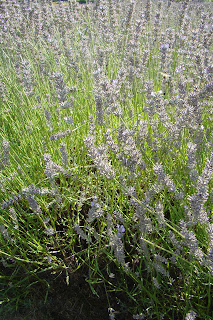 San Juan Island is also known for its lavender farm.  So we took a ride out there and enjoyed some lavender lemonade and looked at the fields and the products that the make with it. 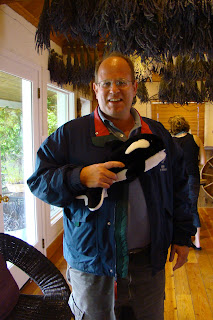 And Bill found an Orca friend at the gift shop. 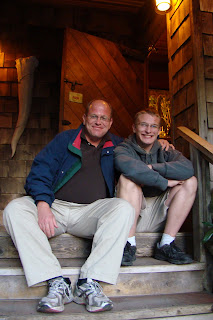 That evening we went to a restaurant out of town to have dinner.  Bill and I had been there a few years ago and had a wonderful gourmet meal there.  So we were really looking forward to it. 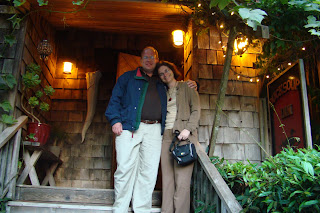 And we were not disappointed.  Ducksoup Inn is a wonderful place to have dinner. 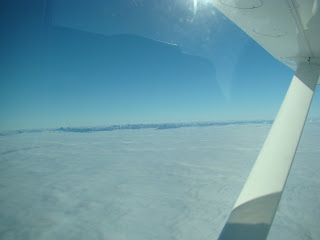 It was a fun weekend.
Posted by Shannon Roller at 9:01 AM No comments:

No Longer A Teen 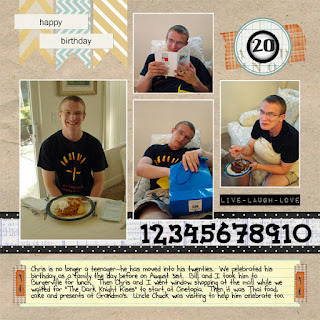 My baby is no longer a teenager.  He turned 20 today.  He had a busy schedule today so we celebrated yesterday.  We went to Burgerville for lunch.  He wanted to go to see "The Dark Knight Rises" so we decided to go to the new Cinetopia theater at the mall.  While we were waiting for the movie to start, we did a little window shopping.  Enjoyed seeing the bunnies, puppies and kittens at the pet store.  Then it was Thai food, cake and presents at Grandma's.  Uncle Chuck is visiting this weekend so we got to celebrate with him too.  Happy Birthday Chris!
Posted by Shannon Roller at 3:22 PM No comments: