We have had such a mild winter up until the last week and a half.  It has felt more like spring than winter.  We woke up to a fair amount of snow Valentine's morning but it melted fairly quickly.  This past week, we had snow every day.  I went out early Wednesday morning and took some photos before I had to start working.  Here are the scrapbooking layouts I did to capture this week's snow. 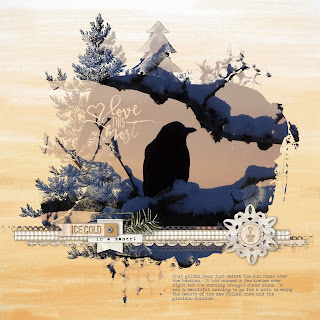 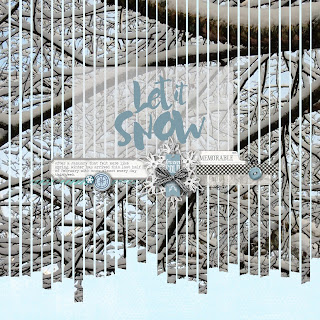 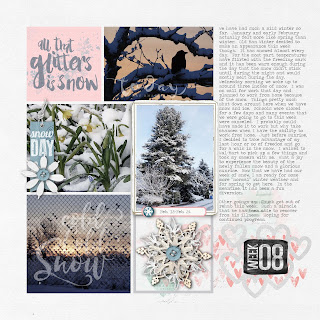 Posted by Shannon Roller at 12:48 PM No comments: 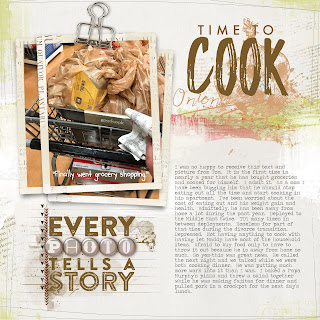 Both my sons like to cook-Chris probably more than Tom.  Since the divorce, Tom has been TDY or deployed much of the time so he hasn't felt like buying food and cooking for himself.  He also hasn't had much to cook with so has been needing to figure out what he really needs.  I have been bugging him for a while that he should start doing at least some cooking at home and not go out all the time.  Last week, he texted me a photo of his grocery cart with the message-"Finally went grocery shopping."  Made me so happy.  He called me the next night while he was cooking fajitas for dinner and pulled pork in the crock pot for his lunch the next day.  He was putting a lot more effort into dinner than I was.  It was Valentine's Day so Bill and I splurged calories on a Papa Murphy pizza and wine.  Good to hear his voice and happy that he was cooking. 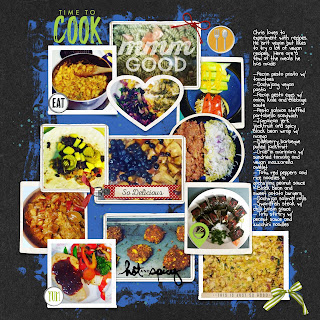 Chris is my adventurous cook.  He loves to experiment with lots of different kinds of recipes.  He isn't vegan but he loves to try vegan recipes.  He has been posting a lot of food pictures recently on Facebook so I thought I would put them together in a layout to record his efforts.
Posted by Shannon Roller at 1:16 PM No comments: