Shiny New Addition to the Family 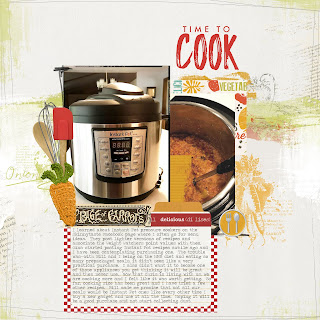 I have been contemplating getting an Instant Pot for awhile now.  I have seen recipes that I wanted to try on the Skinnytaste Facebook page but wasn't sure that it would be a practical purchase for us because it was only the two of us and we mostly eat prepackaged meals on our HMR diet.  Since Chris came home to live with us again, we are cooking more.  I saw one on sale, polled my friends to see if they felt it was worth it and bought it.  So far the only thing I have felt like has turned out well was cooking rice.  I made a red lentil chili that was pretty good but most everything else I have made so far has totally overcooked the vegetables in what I was making.  So we shall see.  Hopefully it won't become on of those things that ends up collecting dust.
Posted by Shannon Roller at 7:11 AM No comments:

Falkner and Snowberry reunions were some of my favorite childhood gatherings.  We had them pretty much every year.  With the passing of my grandparents, great aunts and uncles, the increasing size of our families and the distance many live away now, those gatherings have gone by the wayside.  My aunts decided last year that they wanted to plan one for this year.  They gave the date in enough advance that we could get our vacations and plane tickets planned.  When I planned on going, I thought it would be just Bill and me going.  I never in my wildest dreams thought that both Tom and Chris would be able to join us but it worked out that they both could come too.  It made me so happy to have both my boys on a family vacation with us and that they could see my family for the first time in 11 years.  We flew into Minneapolis and met up with Tom there to drive to Tomah.

Thursday morning was all about the Monroe County Fair and seeing Mandy's goats.  We spent a few hours at the fair seeing Mallory and Mandy during the rabbit judging, looking for their arts and crafts exhibit entries, looking at all the animals and seeing the antique tractors.  We did it as a family to support our nieces. 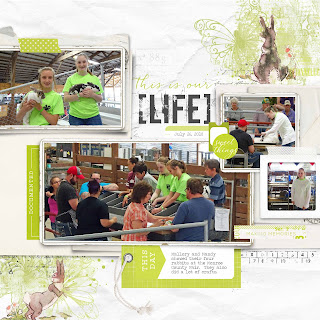 We watched Mallory do her showmanship and both girls looking on as their rabbits were judged. 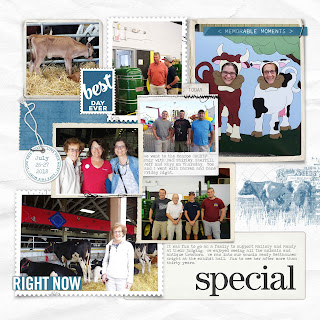 Sherrill loves cows so I had to get a picture of her with the Holsteins.  And there were so many cute Holstein and Guernsey calves to see.  Jeff loved seeing the antique tractors.  We saw one of our mom's second cousins who graduated from high school with Sherrill and got our picture taken with her.  We hadn't seen her in more than 30 years. 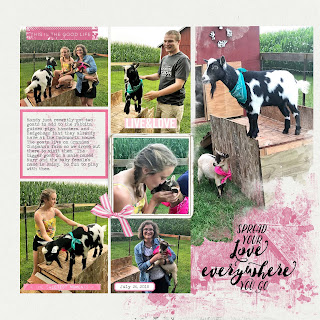 Mandy's goats are at her Grandma Chapman's property so we drove out there after dinner Thursday night to play with the goats.  Dane got me to ride on his ATV that he keeps out there. 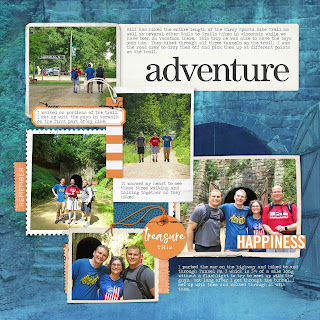 Friday morning we headed to the Elroy Sparta Bike Trail to do some hiking.  We planned a hike that would include all three railroad tunnels on the trail but Bill didn't want to do the whole 18 miles from Kendall to past Tunnel No. 3 so he tried to figure out some spots to drop off and pickup near the highway.  I was the road crew doing the driving while they all did the hiking.  It worked out for the most part but learning point-there is no cell service or internet in that area to try to coordinate with.  They ended up hiking around 11 miles of the trail.  I did about six while waiting for them or trying to meet up with them.  I parked in Norwalk and started walking toward them and met up with them about a mile down the trail and walked back to Norwalk with them.  Then I headed to our last pickup point and parked on the highway.  I hiked to and through Tunnel No. 3 on my own without a flashlight.  Kind of scary as you really aren't supposed to do it without a flashlight but I just kept my eyes on the light at the end of the tunnel and hoped for the best.  I did almost fall into the little ditches on the sides for the spring water to drain a couple of times.  That tunnel is the longest on the trail at 3/4 of a mile and it took me about 20 minutes to get through it.  I kept hiking a little more on the trail and met up with the guys again and all of us walked through the tunnel together--this time with their flashlights. 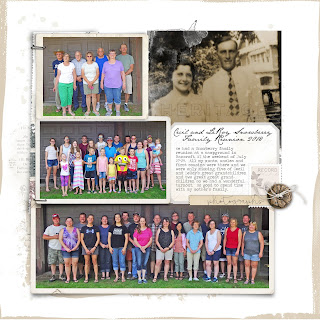 We had the Snowberry Reunion at the Vista Royalle Campground in Bancroft.  Most of the family camped but several of us came for just the day.  Bill and I consider ourselves Best Western campers so we got a motel in Plover to spend the night.  All of my first cousins were there which was wonderful.  We were only missing seven of the younger generations so we had a great turnout. 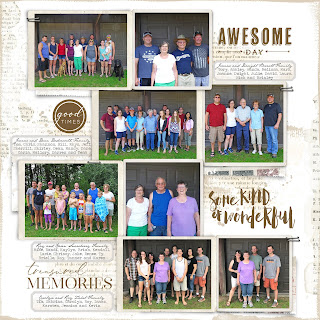 It was great visiting with family-some I haven't seen in a really long time. 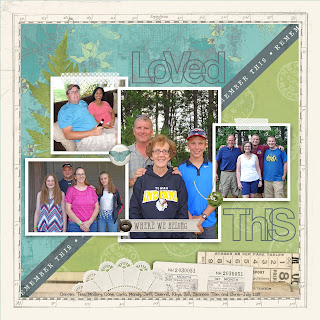 We missed having Graham with us.  He had to be at the Air Force Academy for training but it was great to spend time with the rest of our family. 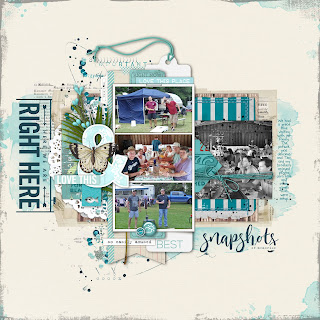 Tom enjoyed playing the various games that they had setup with my brothers and cousins.  And there was a lot of great food too. 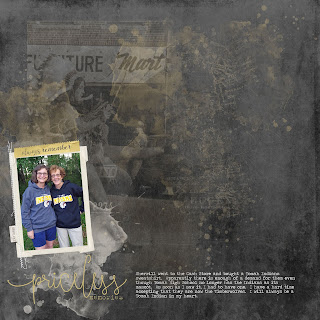 Sherrill needed a sweatshirt so we went to the Cash Store to buy one and was able to find an Indian sweatshirt.  Tomah's mascot is the Timberwolves now but apparently there is enough of a demand for Indian clothing that a few of the stores still get them.  I went straight down there as soon as I saw hers.  I had to have one too.

After saying our goodbyes to the family Sunday morning, we headed back to Minneapolis.  We made a pit stop in Eau Claire so I could show the boys where I went to college.  Then we went to the Mall of America for a little while to wander and the boys decided to ride one of the rollercoasters. 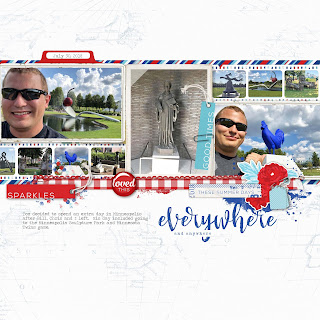 Bill, Chris and I caught a very early flight back to Portland on Monday morning.  Tom decided to stay in the Twin Cities and extra day to see the sights.  He went to the Minneapolis Sculpture Park and went to the Twins-Indians game in the evening before heading back to Wichita.

So good to get away to my "home" and be with family.  And extra special that I could share it with both my sons.

Posted by Shannon Roller at 7:28 AM No comments:

The Columbia Aviation Association has flyouts to Sunriver quite frequently.  It is a close enough destination that pilots that don't have planes are able to drive there and several members of the club have permanent or vacation homes there so it makes it a convenient place to go.  It has been a few years since we have gone there and Bill really wanted to go this year.  He has been wanting to hike around the Newberry Crater for some time.  This was his chance to do it.  We decided to drive as the crater is around 25 miles from Sunriver and we didn't want to inconvenience anyone to take him there and/or borrow one of their cars and risk damaging it.  Sunriver is spread out enough that it was also helpful to get to the various parties.

We drove over on Thursday morning over Santiam Pass and had lunch in Sisters on the way there.  Luckily we were able to check into our condo as soon as we got there.

The first night was happy hour at the Noordwijk's home and then dinner our with some of our friends at the Village Bar and Grill.

Bill got an early start Friday morning to start hiking at 0545.  It took him around 8 hours to complete the hike.  He took lots of photos of Paulina Peak, the Obsidian Lava Flows and the lakes. 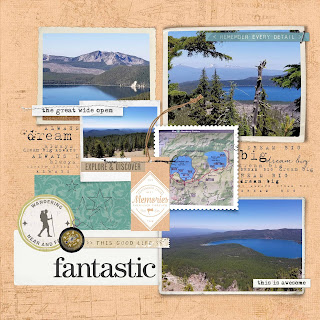 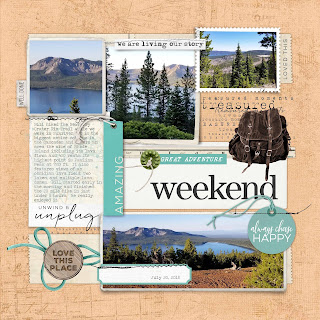 While he was hiking, I did my own hike.  I got going a little bit later but I hiked around Sunriver for about three hours.  I was thrilled because I got to see so much wildlife on my hike.  I saw lots of ground squirrels, two coyotes, a family of river otters and a deer.  I also had a bald eagle fly right over my head.  I tried to take a photo but no luck. 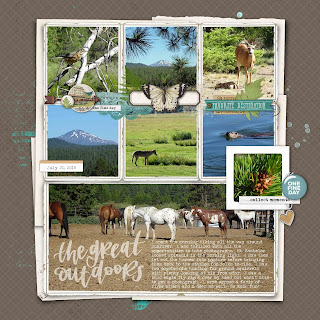 We got a tour of Sunriver Brewing Company in the afternoon and then had a picnic at a private park on the Deschutes River that evening.

We decided not to do the Deschutes River float trip so we headed to the High Desert Museum, the Deschutes County Museum and lunch at a food truck court in Bend.  Dinner was at Kevin and Karen Padrick's hangar on Saturday night-a terrific prime rib and chicken dinner.

We had breakfast at the Sunriver Lodge before heading back home.
Posted by Shannon Roller at 6:48 PM No comments: