Getting Our Style On 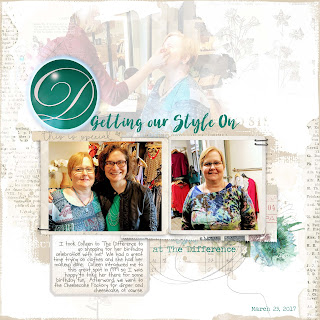 Colleen's birthday is this week so it was time to plan our birthday celebration for her.  She introduced me to The Difference eighteen years ago and loves to go there.  I haven't taken her since her birthday last year so she was really excited to go.  We had a great time trying on clothes and she got her makeup updated.  Afterward, we went to the Cheesecake Factory for dinner and cheesecake.  Good to see her and I am thinking about trying to spend more time with her.  She wants to make some scrapbooks so going to see what I can do to help her figure it out.
Posted by Shannon Roller at 6:24 PM No comments: 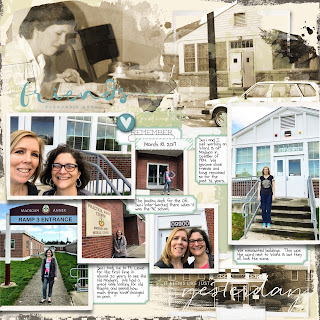 I took advantage of having a free weekend to see if I could go to Puyallup to visit Suzi.  Suzi, Terry and I have been friends since we met on Madigan's Ward 13 in 1984.  I think Suzi last took me onto Ft. Lewis about 20 years ago to see our old stomping grounds so I have been itching to go again for awhile.  As luck would have it, it stopped raining in the afternoon and we decided to go.  We had such a good time driving around Main Post, North Fort, American Lake and Madigan areas.  Some things have stayed the same and other things have changed a lot.  It is always kind of surreal when you go somewhere after that much time has passed.  There is just enough to make things seem familiar but just enough different that makes you doubt where you are going and what used to be in certain places.

They built the new Madigan 25 years ago and have torn much of the old Madigan down but Ward 13 where we met is still standing as well as the OR that I worked in.  Years later, Suzi worked in what used to be the OR when she taught in the 91C School.  We miscounted the buildings when we took our pictures but all the building look the same so that was an easy mistake to make. 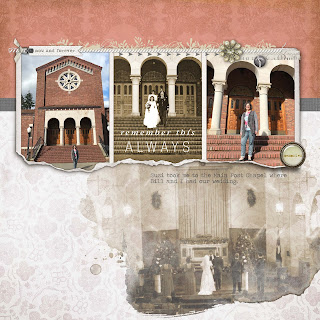 We stopped by Main Post Chapel where Bill and I had our church/family wedding so we made sure I got some pictures there as well.

I felt like a young girl again exploring with my best friend, taking selfies and remembering old times.  I can't just decide I want to go there without going through the hassle of getting through base security and having a good reason to be on post so I really appreciated Suzi taking me for my little tour and trip down memory lane.
Posted by Shannon Roller at 7:44 PM No comments:

Goings on in Kansas

I wish so much that would could figure out a good time to go see Tom and Maddy in Kansas.  I do love getting a glimpse into their live via Facebook though.  Here are some photos from the past couple of months. 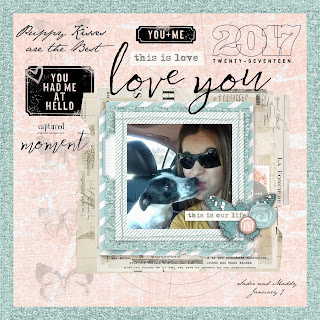 This photo of Maddy and Sadie in the car just cracked me up.  I had to scrap it. 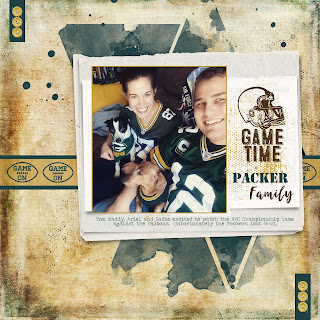 So much excitement hoping that the Packers could win and go to the Super Bowl.  Love when Tom and Maddy dress Ariel and Sadie up in their Packer duds. 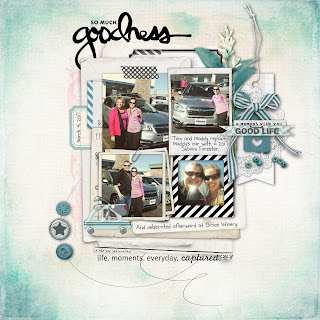 It was time to get Maddy a new car. 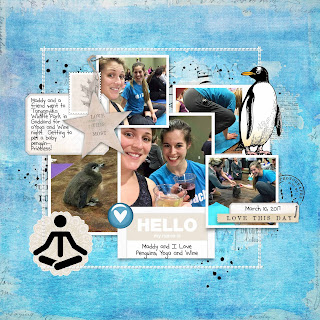 Maddy loves-and I mean really, really loves-penguins.  She has gotten into yoga recently and had an opportunity to go to a Yoga and Wine night at a wildlife park in Goddard.  She got to pet a baby penguin and was in heaven.
Posted by Shannon Roller at 8:23 PM No comments: