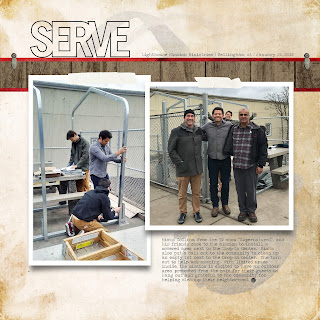 About a week before this, Chris was announcing on Facebook that Misha Collins was coming to build an awning at the mission that he works at in Bellingham.  Chris had cut his hand on the awning so he was fussing about that.  I had no idea who Misha was but with Chris and his friends all agog over it, I had to look him up.  Turns out he is an actor on the TV show "Supernatural" which I had never seen or heard of but he has been a guest star on some shows that I do watch so I at least recognized him from his photo.  In addition to building the outdoor covered area next to Lighthouse Mission Ministry's Drop-In Center, Misha put a call out to the community to clean up an empty lot next to the mission.  The turnout was pretty amazing.  The Mission was excited to have the covered space for guests to hang out with their indoor space being so limited and grateful to the community for helping to cleanup their neighbor.
Posted by Shannon Roller at 7:43 AM No comments:

Every Morning is a Chance at a New Day 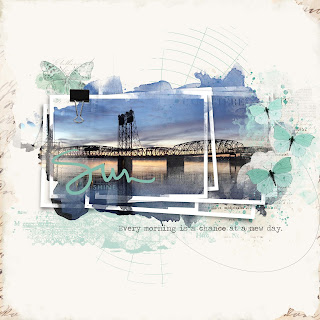 The weather predictions were for sunshine today so I got up early and went to the river.  I got there just in time to see the beautiful colors of morning just be fore the sunrise. 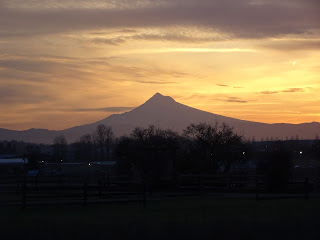 Seeing Mt. Hood at sunrise is so beautiful.
Posted by Shannon Roller at 2:38 PM No comments: 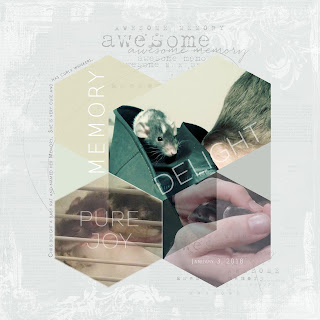 Chris decided he wanted to add a baby rat to his family.  He already has two females named Cognition and Curiosity.  He brought baby Memory this week.  Unfortunately, Cognition and Curiosity haven't taken too kindly to her.  Chris was hoping that they would have a mothering instinct to take her in and accept her but he is calling them "Mean Girls" and they have been hurting Memory.  She has learned that she needs to steer clear of them but hopefully they will all start getting along better soon.
Posted by Shannon Roller at 7:42 AM No comments: 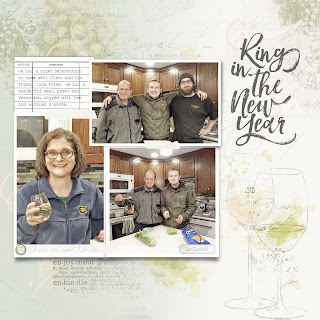 I have been anxiously awaiting Christopher's return to celebrate the holidays with a little more flair.  He decided to bring his friend, Luke, with him since he was on his own for the weekend.  With two young men in the house, I realized that I needed to lay in some more food but was more than happy to do so.

I have been on call all weekend so have not really been able to venture out much.  During the day on New Years Eve, the boys went into Portland to check out Powell's Bookstore and have lunch at a food truck.  After they got home, we had a snack and called Tom via Skype.  It was 2018 in Qatar already and he had celebrated by having his three allotted beers for the day and golfing in a simulator after his midnight meal.  We had a wonderful rack of lamb dinner, some wine, and great conversation at our house.  We watched "Hacksaw Ridge" after dinner.  It was a very pleasant way to ring in the New Year.  And per SOP, Bill and I were asleep long before the strike of 12.

I made a egg casserole to start out our day and then Chris and Luke went out to meet a friend for coffee and came back briefly before heading out to see another friend.  Wonderful being able to celebrate with a couple of young people. 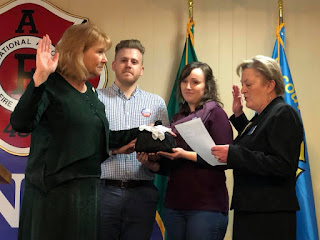 Bill and I also went to see Anne McEnerny-Ogle get sworn in as the first female mayor of Vancouver.  She is a wonderful example of a community servant and has been serving as mayor-pro-tem and stepping in for the mayor a lot in the past year or so.  She is going to do a great job as mayor. 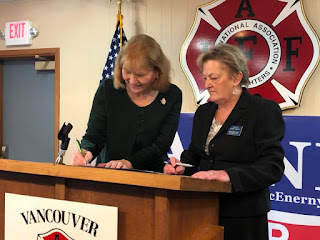 A lot of wonderful things happened for Bill and me this past year.  We have gotten to travel a lot and achieve some goals we have had.  Some close members of our family have not had a good year though and I am hoping and praying that 2018 is a year of new hope and recovery for those that have been struggling this past year.

Happy New Year to all my family and friends.
Posted by Shannon Roller at 4:59 PM No comments: